Construction of the probe

Home / Tutorial / Construction of the probe

In general, your probe should be as light as possible, and installed equipment such as cameras and GPS trackers must be protected from the extreme temperatures of the stratosphere. Above all, these properties are fulfilled by the light and easy-to-use material polystyrene. Furthermore, polystyrene insulated well from the cold. In addition, the buoyancy in case of a water landing can be helpful. 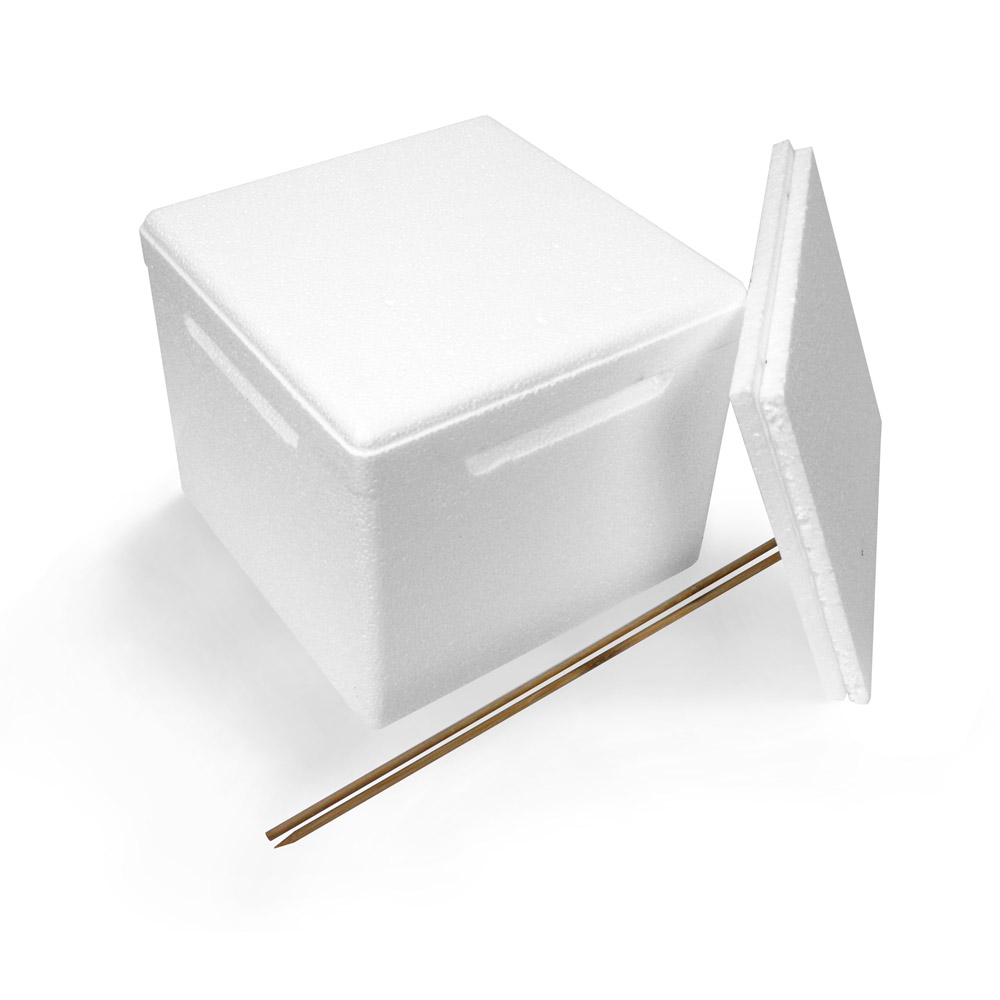 If you want to build your own probe: Your probe should not be too big, since too much polystyrene increases the total weight, therefore your weather balloon has to carry more helium / balloon gas for the lift. The more gas there is inside your balloon, the less space the gas will have to expand with increasing altitude as the atmospheric pressure drops.

Thus, the motivation should basically be to build an as light as possible, yet stable and well insulated probe. If you build your own probe from polystyrene plates, you must make sure that you work as accurately as possible, so that no cold air can penetrate through the “joints” of your probe. The individual walls should not be glued with a polystyrene adhesive, but use fabric tape, since polystyrene adhesive alone is not sufficient, and can become brittle in the cold. Duct tape is much better suited for this purpose. The walls of the polystyrene probe we can provide are already connected to each other so that there are no joints and thus no cold bridges can arise. The cameras and sensors can now be installed accurately in the probe.

In order to minimize the rotational movement of your Styrofoam probe, you should build wings right and left to your probe. The wings can also be made of polystyrene and attached to the sides. Thus, your probe is “wind-packed” during the ascent and will be carried relatively stable by the wind due to the larger attack surface. Thus, the wings serve as a mechanical image stabilizer, so to speak.

Stratoflights is a partner of the
Outside the Club GmbH.
Newsletter | Imprint | Privacy | Terms and conditions | Right of Recission | Shipping costs | Blog
© 2014-2020 Stratoflights GbR
We use cookies to ensure that we give you the best experience on our website. If you continue to use this site we will assume that you are happy with it.OKRead more
We are happy to help you by phone.
You can reach us at +49(0)171/7542510‬.